Swaminathan Aiyar: Why is he anti-solar and pro-thermal power? 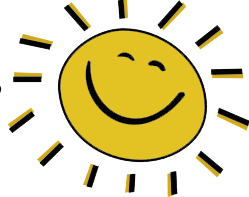 Swaminathan Aiyar: Why is he anti-solar and pro-thermal power? His article is based on distorted facts and lies to mislead readers about solar power with an intention to cause insidious harm to solar industry.

Swaminomics got solar totally wrong again, after getting his foot-in-the-mouth about 100GW solar in July 2015 when he said it would sink Make in India. Now Swaminathan Aiyer says solar will kill thermal power and banks. I can save myself from passing any remarks on the column just by quoting various comments posted in The Economics Times by readers – 'dumb article', 'what nonsense', 'foolish', 'writes articles with partial truth and distorted facts just to remain in the limelight', 'article seems to be funded by the Thermal Power Companies', 'All your arguments have no basis - looks like you have a poor understanding of Energy' and so on with very few comments actually agreeing or commending the author.

Now, for my rebuttal to the article in The Economic Times and The Times of India dt 16/04/2017 by Swaminathan Aiyar. Swaminathan has conveniently ignored that solar tariffs are levelized for 25 years whereas thermal power tariffs have fuel price escalation built-in. He has sensationalised subsidies for utility solar by mixing up and equating them the subsidies for off grid solar systems like solar pumps and home lighting systems for rural areas with poor or no access at all to grid power. This clearly shows intentions to cause insidious harm to the nascent solar industry for the benefit of incumbent thermal power industry. Solar tariffs are arrived through competitive bidding which is the reason that solar achieved grid parity with thermal power, in addition to rapid technological progress and ramp up of production capacities worldwide. Solar module prices have dropped following what is known as Moore's Law that observed and projected the emerging prices in the semiconductor and electronics industry.

Importantly, it took thermal power over five decades to reach a point where the award of projects was being done through competitive bidding but competitive bidding was the norm for utility scale solar Projects from day 1. The ten year income holiday (MAT at 20% is still payable) was enjoyed by thermal power projects for nearly two decades whereas solar power industry hardly got this benefit for five years. This incentive was common for all power projects and was not for solar alone as made out by the author by misquoting an answer in the Parliament. Swami will be in for a surprise when solar and batteries will achieve God Parity. "God Parity" is the new buzzword, grid parity is passè. God Parity means the cost of solar and battery storage at which the unit cost of power is lower than thermal, hydro, nuclear or wind. It is disruption that may happen if battery storage costs fall like solar prices and then the transmission grid will become redundant. God Parity is a term coined by Tony Seba, Standford academic and Author of the book 'Clean Disruption of Energy and Transportation'.

My rebuttal to the July 2015 article by Swaminathan on 100GW Solar target can be accessed here.

Podcast with insights into Solar O&M and Performan...