Clean Energy priorities for India that are worth dying for.....

Recently, Satya Nadella, CEO of Microsoft, very aptly quoted the Poet Mirza Ghalib "Hazaaron khwaishein aisi, ke har khwaish pe dum nikle. Bohot nikle mere armaan, fir bhi kam nikle,"  Meaning, thousands of dreams, each that take my breath away, each that are worth dying for; I have realized many dreams but that's not enough, I yearn for more...

Ghalib was an inspiration for technological innovation to the CEO of a tech giant and is equally inspiring for those of us who value clean energy and sustainable development.  Today, to mark the World Environment Day, #WED2016, I will briefly talk about 3 dreams that take my breath away; dreams that, I consider, are worth dying for.

1.  The first one, 'Make in India' for Solar value chain in the medium term but 'R&D and Innovation in India' for Clean Energy in the long term

2.  The second dream is about the target set recently for 100% electric vehicles by 2030 but going beyond that to Reimagine urban mobility itself in the context of "Smart Cities"

It seems to be great time to work on clean energy and sustainable development where there is terrific alignment between the ideas that are worth dying for and the Indian government's policy and its long term audacious goals.

All these years, our approach towards development, the world over, has been technology and product centric.  Providing electricity for economic development, increasing per capita energy consumption to grow GDP, Energy Access etc.  This year's theme for #WED2016, "Join the race to make the world a better place" sets the tone for "Citizen Centric" solutions such as "Smart Mobility" and the pitch for "Agri Livelihoods – doubling of farmers' income" rather than just providing solar pumps and subsidized fertilizers.

I dream to see these type of 'citizen centric' solutions that go very well with today's theme at Chevening Alumni India conference on "Environment enabling economic growth – The right approach".

With best wishes and warm greetings on the World Environment Day, 2016 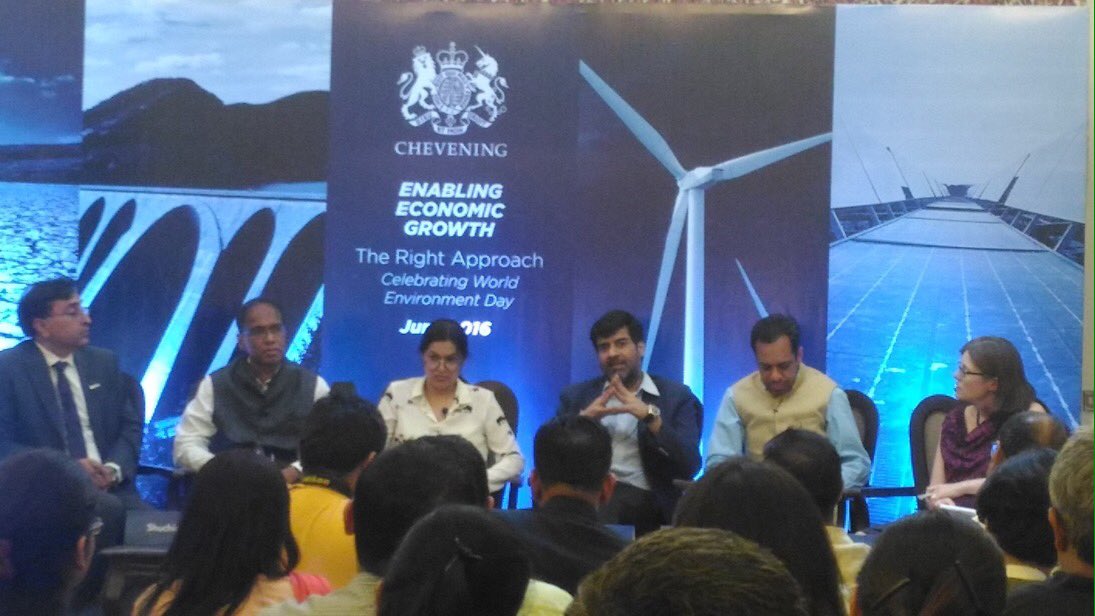